Today we share a bit of history and several collections of antique goodies from our PHM artist Donna Munson of Country Keepers!

Jug Crocks with Blue
Stoneware is a type of pottery fired at a very high temperature making it water proof.  It originated in Germany around the 1400s, and became a household essential for the pioneers of the United States circa 1780-1890.
By the 1770s, the salt-glazed stoneware production had spread throughout the United States. American Stoneware pottery was usually covered in a salt-glaze and often decorated using cobalt oxide to produce bright blue decorations which are highly collectible today. 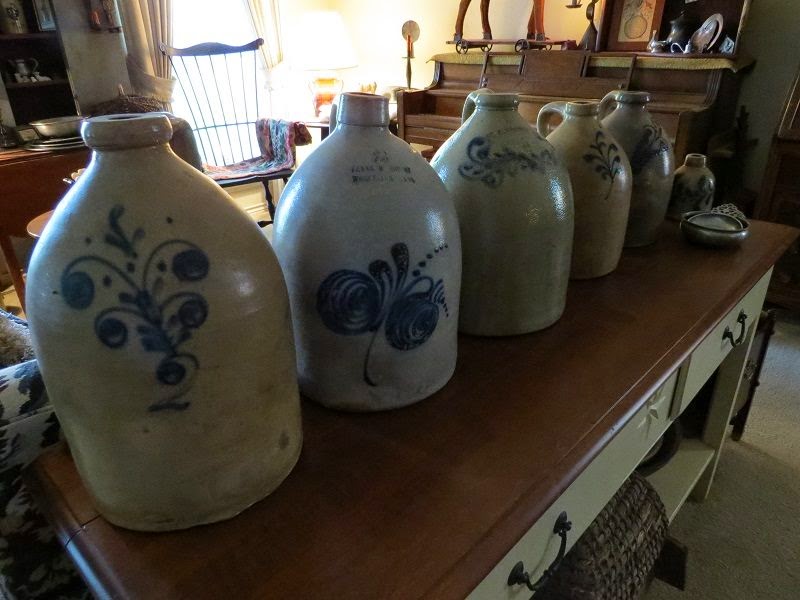 Cutting Boards
Cutting boards can be found in many different sizes and shapes! Another essential of the pioneer women. 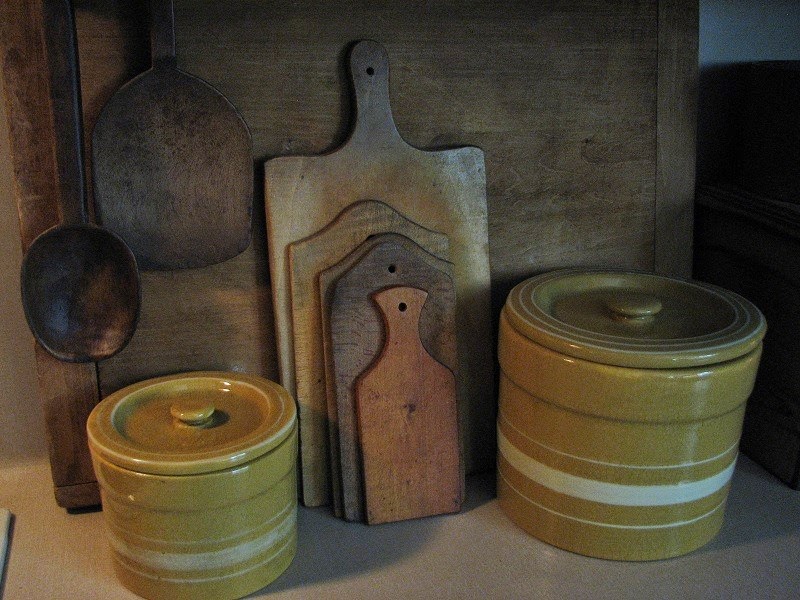 Pantry Boxes
Pantry boxes were a very important staple to the early settlers. Critters in the pantry were a headache to the colonial women. The dry goods like tea,  flour, sugar and grain had to be placed in  the pantry boxes to help protect them. They were imported from Europe until American factories began producing them during the late 1800's. 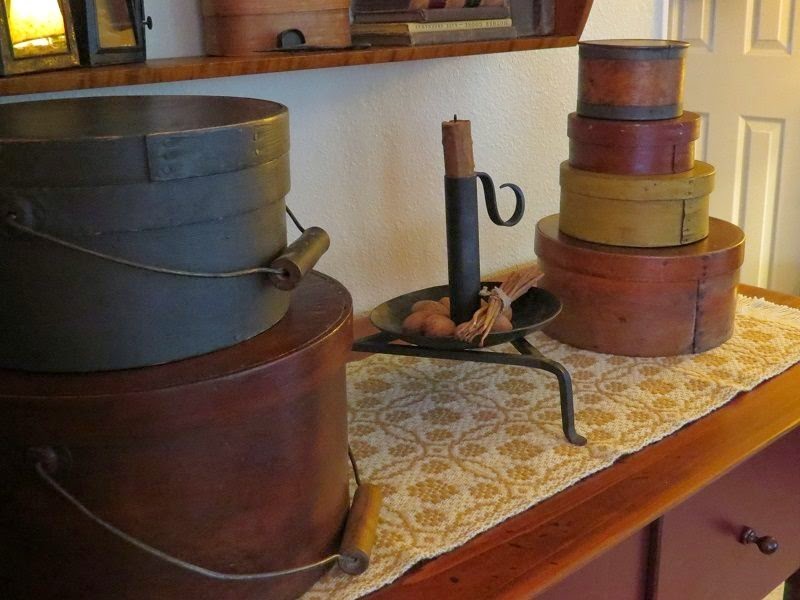 Antique Sampler
The definition of Sampler from Wikipedia is: A (needlework) sampler is a piece of embroidery produced as a demonstration or test of skill in needlework. It often includes the alphabet, figures, motifs, decorative borders and sometimes the name of the person who embroidered it and the date.
Because there were no pre-printed patterns available for stitchers early on, a stitched model was needed. So........... when a new and interesting example of a stitching pattern was discovered or imagined the stitcher would quickly sew a small sample of it onto a piece of cloth! Better known as  her 'sampler'. The patterns were sewn randomly onto the fabric as a reference for future use, and the woman would collect many stitches and patterns throughout her lifetime.
This amazing sampler is from 1829! 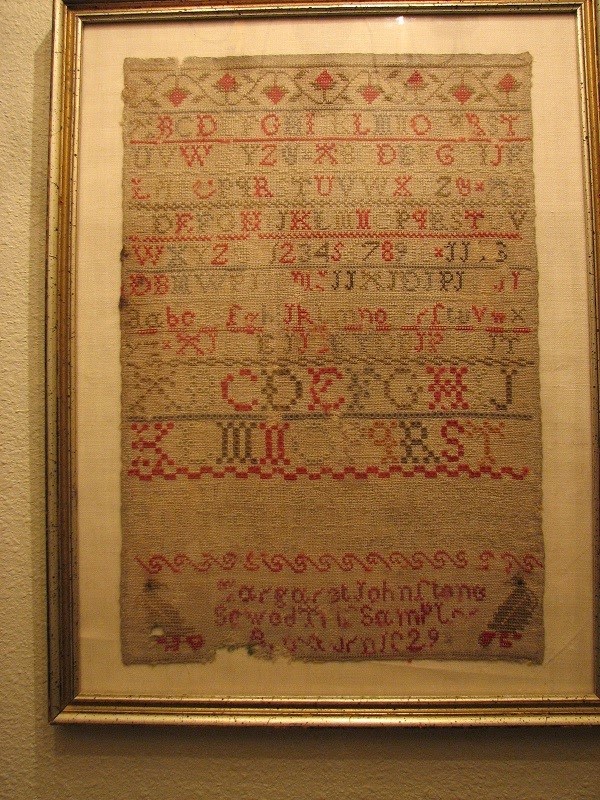 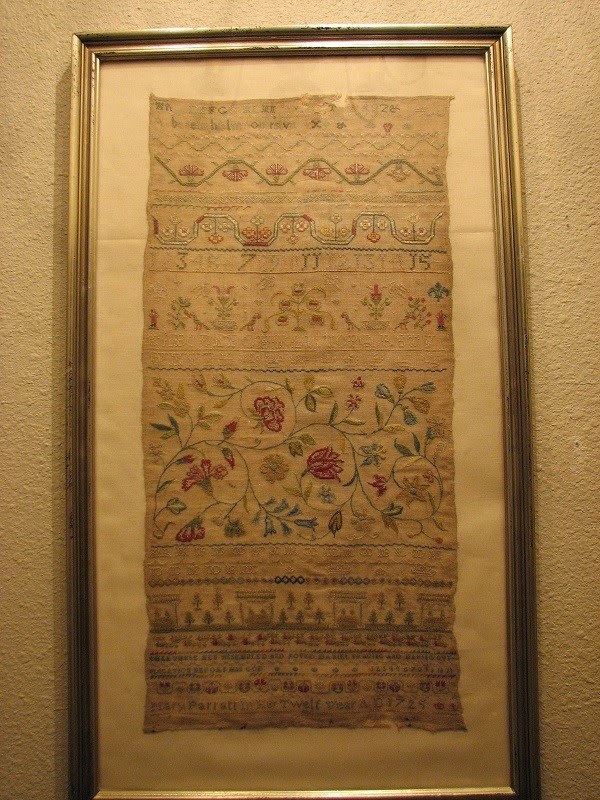 Thank you for stopping by our blog today!  Thanks to Donna for sharing her collections from days gone by!